Year of the Dragon

The Year of the Dragon 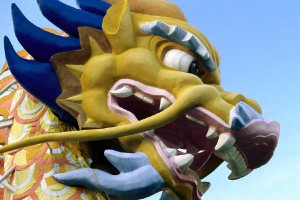 The LA Times published a very interesting article about the increase in Asian American couples attempting to have a baby this lunar year in the Year of the Dragon. In the 12 year zodiac cycle of the Chinese calendar, the year of the dragon is considered to be the most auspicious year by many in the Asian American community.

The dragon is a symbol of power and triumph. Parents hope that babies born in the dragon year will have a better chance of growing up to be wise and successful leaders and therefore bring prosperity to the entire family.

In China and many other Southeast Asian countries the desire to have a dragon baby is old news. Every 12 years during the Year of the Dragon, media outlets in those countries report a surge of births sometimes exceeding the capacity in maternity wards.

The article in the LA Times reports that obstetricians and fertility clinics in the greater Los Angeles area have noted an increasing number of Asian American patients planning to have babies this year. Patients have moved to fertility treatments like in vitro fertilization to improve their chances of having a baby born during this lucky year.

Couples have until the end of this current lunar year, which is February 9th of 2013 to deliver a baby under the Dragon symbol. That means that the last month to get pregnant to have a Dragon baby is May, only a few months away. February 10th 2013 marks the beginning of the Year of the Snake, which isn’t a bad thing. Snake babies are expected to grow up to be kind, vibrant and refined people. Despite this, I expect that we may see a lot of pregnant women requesting inductions of labor in the first week of February of 2013. It’s hard to beat being a Dragon, the mightiest of the signs, full of passion, promise and power.

Here is the link to the February 7th, LA Times article by Rosanna Xia
articles.latimes.com/2012/feb/07/local/la-me-dragon-babies-20120207