Whatever our needs, they provided. 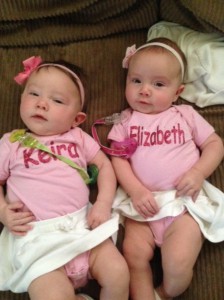 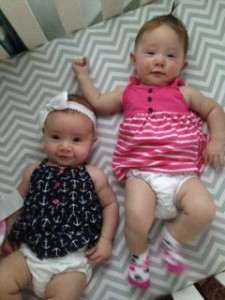 USC Fertility was the second clinic we tried for infertility issues. We were referred by my OB/GYN and I feel blessed that she led us in the right direction. From the beginning, Dr. Bendikson and Vicki were genuine and caring. They treated our problems with compassion and kindness. As a woman who suffers from stage 3 endometriosis, I knew that getting pregnant would be difficult. I did not anticipate that my husband would also suffer from fertility issues. With two strikes against us our chances of becoming pregnant naturally were 1 in 400.

USC Fertility started us on the process after explaining everything in great detail. I harvested 9 embryos and we implanted 2 each try. The first attempt was unsuccessful and we were discouraged, but USC was amazing at keeping our spirits up and reassuring us that all was not lost. A few months later we tried another transfer with frozen embryos, again implanting two, but again we were left without results. On the third try, which I vowed would be my last for a long while; we implanted two frozen embryos and were successful. I became pregnant with TWINS!! USC Fertility continued to give amazing support through the first eight weeks of my pregnancy, while I came in for ultrasounds and blood tests. I had complications with bleeding and when I rushed to USC Fertility they quickly checked me out and told me what had happened and not to worry. Again, when I became dehydrated and so sick that I could barely function, I went in to USC Fertility and they gave me an IV and anti-nausea medicine.

Whatever our needs, they provided. Whatever our concerns, they addressed. Whatever our fears, they assuaged. I could not have asked for a more professional, yet loving group. I loved everyone, from the receptionists, to the phlebotomists, from the nurses to the doctors, even the finance ladies!! I love USC Fertility; not only do I have them to thank for my babies, but they made the process as painless as possible.

With Love and Thanks,
Laurel, Lizzie, and Keira M.