Her eggs were on the cover of the Los Angeles Times. 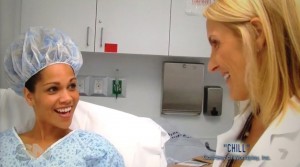 You may recognize Jennifer Frappier, the lovely young woman who decided to freeze her eggs when she was 36. Dating but not betrothed, she opted for egg freezing and three years later has found her voice as a blogger and documentary filmmaker raising awareness for fertility preservation.

After her initial research into egg freezing, Jennifer made an appointment with Dr. Kristin Bendikson with USC Fertility as part of a fact-finding mission. After learning more about the fertility treatment, Jennifer asked herself “Should I pursue egg freezing? but “Why wouldn’t I?”

Why USC Fertility for Egg Freezing?

Jennifer says that her first impression was that USC Fertility is a family. “Seeing the pictures of the kids on the wall, having everyone treat me with kindness and respect, and even the woman who had taken my blood encouraged me and was a part of the journey.”

Two weeks later, Jennifer started the egg freezing process. That first cycle ended on the third day because of a dominant follicle that concerned Dr. Bendikson. For Jennifer, the holiday season and her grandfather’s health put plans on hold, but the next egg freezing cycle proceeded as planned.

“It went super smooth—no monster follicles!” she said. “I felt this sense of euphoria; I was happy and excited.” She had the trigger shot, moved on to egg retrieval and woke up with 13 eggs, of which nine were mature.

Nine were enough for Jennifer. “I remember talking to my mom about having more eggs retrieved. I asked myself: Was there a number that would ever be enough? That perspective helped me to feel content.”

At first she wasn’t going to tell anyone. “I didn’t want people to think I was baby crazy or desperate,” Jennifer says. “But when I told girlfriends about egg freezing, they encouraged me to share my story. I found that women my age didn’t know it existed and were interested also.”

She decided to start a blog, tweet about #eggfreezing and vlog (video-blog) her thoughts. Ultimately, Jennifer created an educational film that would chronicle her egg-freezing journey, and USC Fertility was supportive in her efforts. The making of Chill and social media attention from the blog posts have led to appearances on KTLA, FOX 11, the Australian news show Sunday Night as well as the LA Times piece.

As an advocate for women’s health issues, Jennifer encourages others to learn the facts about the egg freezing process, the risks and the expected outcomes. “I tell people that egg freezing exists, and to do the research and make the choice for themselves.”

Where Are They Now?

Today the successful festival producer, filmmaker and actor has nine eggs vitrified and cryopreserved for the future. Her mother calls them frozen grandbaby eggs. She is single at the moment, and when Jennifer and her long-time boyfriend broke up, her first thought was: Thank God I froze my eggs.

The documentary is 75 percent finished but needs an ending. “Obviously we know what we are waiting for — a baby,” says Jennifer. “At first I was not open to being a single mom, but three years later I am thinking it is a high possibility.”

And the USC fertility specialist who froze Jennifer’s eggs? “The cool thing is that we stayed in touch,” says Jennifer of Dr. Bendikson.